the Archive of Control
2021 - ongoing

The Archive of Control is a growing collection of historical online and offline moments exploring the theme 'control'. Instead of even bigger (4K), faster (250 Mbit/s) and longer (unlimited streaming) we should rethink how we could store our moving image culture in a more compatible & eco friendly way for the next generation. By archiving these moments as spritesheet (a JPG filmstrip that moves with a CSS script) based on the technique introduced in 1872 by Eadweard Muybridge, we have a chance that these stories will also be accessible 100 years from now. Concerning the copyrights, this collection has been developed within the fair use regulations. 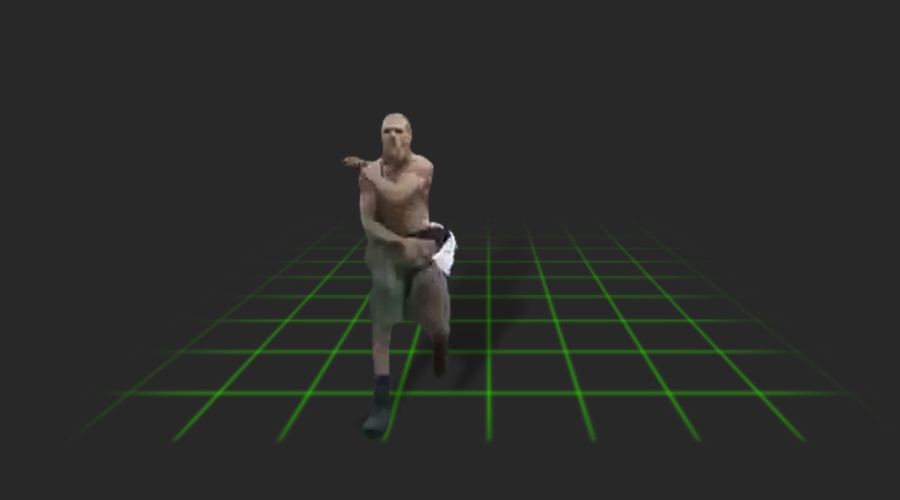 The original video with the title "Kneecam No. 1" (4 min.) was recorded on July 8, 2000 by video artist Matthias Fritsch during the Fuckparade in Berlin. In 2006, the video was put on Youtube by an unknown person. The video went viral in 2007 and became one of the first known 'memes'. By January 2013, the video had been viewed more than 16 million times. In addition, over 700 re-edits and parodies of this video have been made.

In 2013, Matthias Fritsch was charged with violating portrait rights by the unknown man (online) known as the 'techno viking'. In the end Fritsch had to pay 13.000 euros in damages and 10.000 euros in court costs.

It has never been known who the technoviking really is. In 2015 Fritsch made the documentary 'The Story of Technoviking' in which the complete story is told.

This video shows how uncontrollable the internet can be, items are being copy-pasted, modified, taken out of context, edited and distributed across various (social) media channels and platforms. This is also the power of the internet, as long as people have good intentions.
references:
source footage
sounddesign - Robert Kroos
wikipedia - Techno Viking
trailer - The Story of Technoviking
technoviking.tv

#2 - the Lack of Control over History
edward-colston.biz

Edward Colston (1636-1721) was born in Bristol (UK). In 1680, Colston became a member of the Royal African Company, which had held the monopoly in England on trading along the west coast of Africa in gold, silver, ivory and slaves from 1662. Colston was deputy governor of the company from 1689 to 1690.

In 1895 a statue of Colston was placed in the centre of Bristol. On 7 June 2020 the statue was toppled and pushed into Bristol Harbour by demonstrators during the George Floyd protests.

The statue was retrieved from the harbour four days later by Bristol City Council and taken to a secure location. It will later become a museum exhibit.

In March 2001 the Buddhas of Bamyan were blown up by the Taliban, in 2002 the statue of Saddam Hussein was brought down with a great display of power by the Americans. The tearing down of statues visualizes the shift of power, a sign that a new age has arrived.
references:
source footage
sound by shimsewn (via freesounds)
wikipedia - Edward Colston 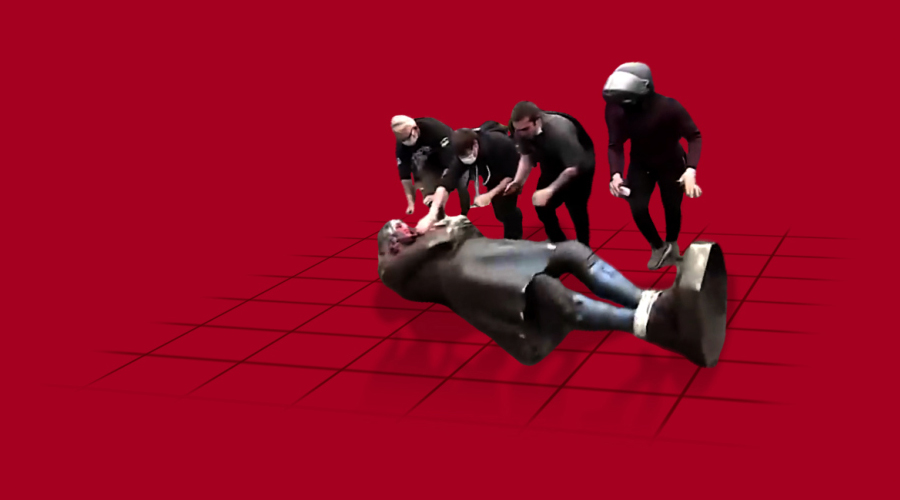 #3 - the Illusion of Control
lara-croft.xyz

After the release of the first Tomb Raider video game in 1996 with action-hero Lara Croft, the series became one of the most successful video games of its generation. Lara and her environment were rendered in full 3D with an orchestrated score, helping create an atmosphere way beyond what was possible with earlier technology. For 4 years after that, a new Tomb Raider game released every year.

Lara Croft's popularity continued to grow, she has graced the cover of more than thousand magazines worldwide, appeared in commercials and was used by U2 in their Popmart tour as a pop icon of the twentieth century. Croft's image had a lot of overlap with the 'Girlpower' phenomenon being propagated by the Spice Girls at the same time.

The first generation of computer games gave the illusion of control. All actions (gameplay) were thought out and programmed in advance and had to be performed by the player in the right ways to move forward. Would anyone still remember Lara Croft if the programmers in the (first) training level had made a mistake?
references:
source footage
sounddesign - Nathan McCree (original track Tombraider 1)
wikipedia - Tomb Raider 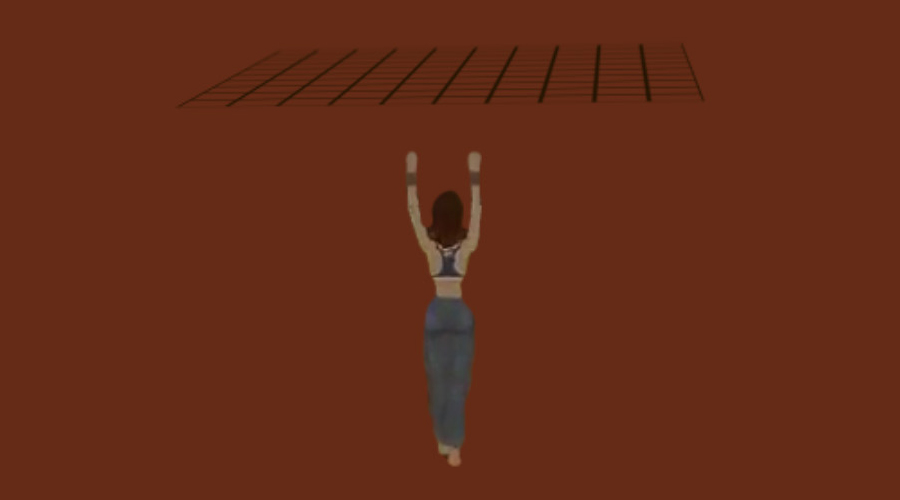 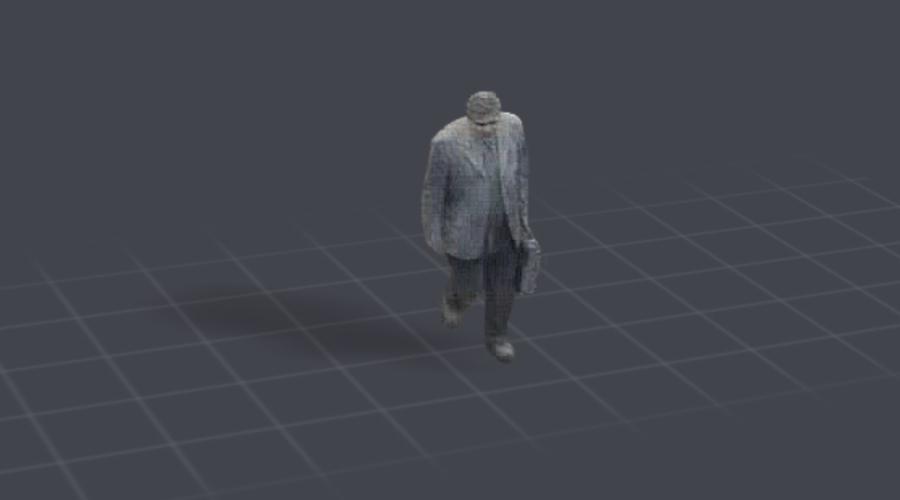 #4 - the Fear of Losing Control
dustman.nyc

'Dustman' refers to the cover of 'Fortune magazine' (October 1, 2001, SPECIAL REPORT). This iconic photo shows a dusty businessman walking away from the ominous situation with a handkerchief over his mouth and a briefcase in his other hand. So far it has not been determined whether the man on the cover of Fortune magazine is the same person as in the video.

Throwing away the briefcase and running would also have been an option, but it was probably the ritual that kept 'dustman' going in this exceptionally difficult situation. Rituals are symbolic acts, which are not only functional, but also have a deeper meaning, they provide safety and give the feeling of control.
references:
sound via freesounds
cover - Fortune magazine
The Sunday Times - the dust man
NBC New York Archives - interview Ed Fine (dustman) 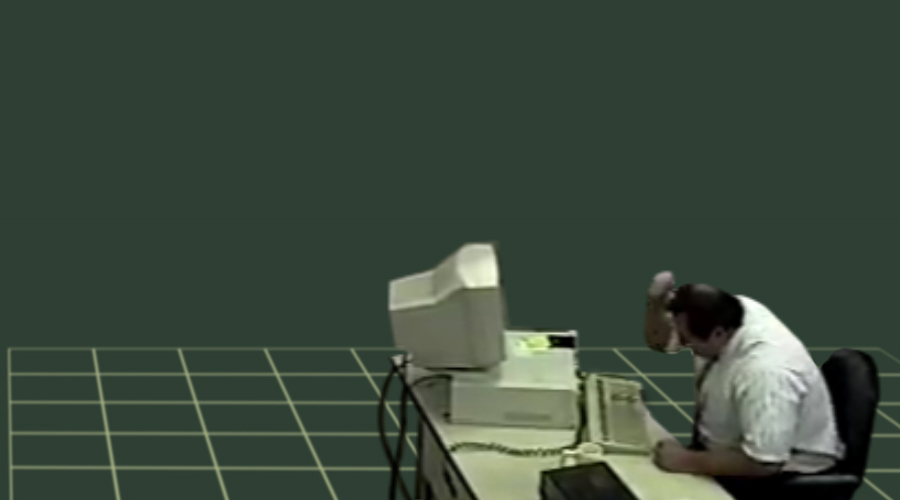 #5 - Who is in Control?
vinny-the-destroyer.net

Bad Day (also known as Computer rage or Office rage) is a 27-second viral video where a frustrated office worker assaults his cubicle computer. It has circulated online since 1997. The video became a cultural embodiment of computer rage, and is the subject of several parodies and ad campaigns.

For a long time it was unclear whether the video was real or staged. The origin was revealed in 1998 by CNN. The video clip was staged and produced by Loronix Information Systems to demonstrate the benefits of their digital video surveillance system for release on a promotional CD. The video's subject is Vinny Licciardi, the company's shipping manager.

In May 2001, Wired published an article on the video describing "Vinny the Destroyer", which once again made the video popular. Bad Day is the first video that went 'viral' on the internet and opened the eyes of the marketing community’s for the huge potential of using the internet and viral marketing.

Today, the line between fake and real, original and copy has completely blurred, it is almost impossible to distinguish between generated, staged or documented footage.
references:
source footage
sound - data center white noise
WIRED - the Strange History of One of the Internet's First Viral Videos
wikipedia - Bad Day

People are forced by wars and instability in a region to leave their own country. Since an agreement between Europe and Turkey in 2016, refugees are trapped in inhumane conditions without any prospect between the Turkish and Greek borders. The media and aid organizations speak of "push-backs" where countries put refugees back across the border.

Push-backs are a set of state measures by which refugees and migrants are forced back over a border – generally immediately after they crossed it – without consideration of their individual circumstances and without any possibility to apply for asylum or to put forward arguments against the measures taken. Push-backs violate – among other laws – the prohibition of collective expulsions stipulated in the European Convention on Human Rights. (source ecchr)

One of the definitions of "untitled" is: having no right or claim.
references:
source footage
sound by Patrick Lieberkind (via freesounds) 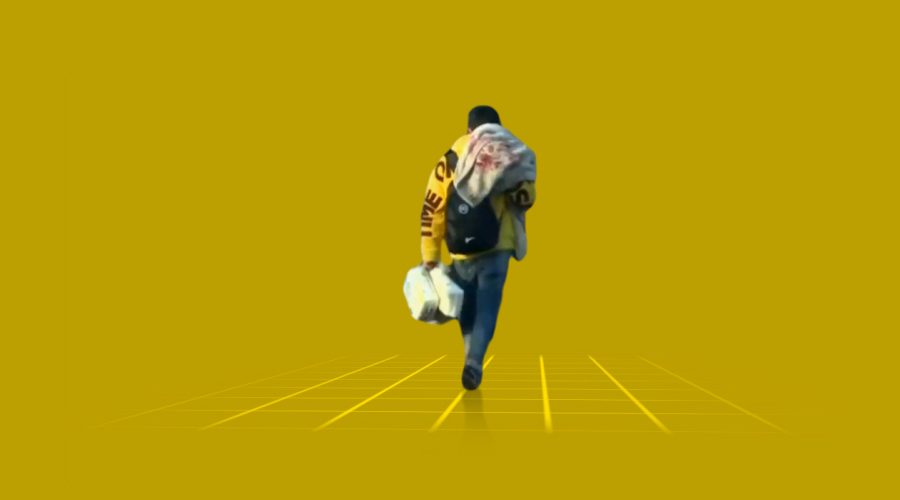 Guy Fawkes was a member of a group provincial English catholics involved in the failed gunpowder plot in London. The plan was to blow up the House of Lords during the State Opening of Parliament on 5 November 1605. All the conspirators were arrested and sentenced to death.

After the execution in January 1606, parliament decrees a public commemoration of the failure of the conspiracy on November 5 to England's escape from "Catholic peril". The ritual of Bonfire night, as the commemoration has come to be called, has changed over the centuries. Depending on the political and social circumstances of the moment, November 5 was given a different interpretation, as a result of which Guy Fawkes has gradually disappeared from the collective memory of the British.

In 1982 a series of graphic novels 'V for Vendetta' by writer Alan Moore and illustrator David Lloyd appears. In V for Vendetta, a totalitarian and fascistoid party is in power in a (UK) dystopian future. However, the party is ravaged by attacks by a terrorist named V. V's face is hidden behind a mask. Described in the comic as a Guy Fawkes mask. At the end of the comic series, this V manages to blow up Westminster Palace and overthrow the totalitarian rule. In 2005 the story was adapted as film by Warner Brothers.

In 2006, a thread was posted on the 4Chan /b/ bulletin board in which "Epic Fail Guy" found a Guy Fawkes mask, Epic Fail Guy represented the man who seemed to fail, no matter what he did. As time went on, Epic Fail Guy began to appear almost exclusively wearing the mask.

In 2008 during Project Chanology, Anonymous chose to show up wearing the Guy Fawkes masks not as a tribute to the movie, but as a way of visually telling Scientology they were an EPIC FAIL.

After Anonymous adopted the Guy Fawkes mask, it became a timeless worldwide symbol of decentralized protest and anti-capitalist resistance. Time Warner owns the rights to the image, with over 100,000 masks a year, it is by far the company's best-selling facial costume.
references:
source footage
sounddesign - Robert Kroos
wikipedia - Guy Fawkes mask
Mental Floss - A Brief History of the Guy Fawkes Mask