During 2010, Baschz Leeft and Selfcontrolfreak worked in and from the green space (an artwork by Krijn de Koning) in Centrum Beeldende Kunst Rotterdam on a new crowdsourcing project, a short time running follow-up to their Masterpiece 2.0 project.

On Saturday the 23rd and Sunday the 24th of October, everybody was invited to CBK Rotterdam to come by and donate a personal object which then was used by the artists and became part of their new work, which they made in the same week and presented on Sunday the 31st of October. In return people received a unique signed frame with their object in it. 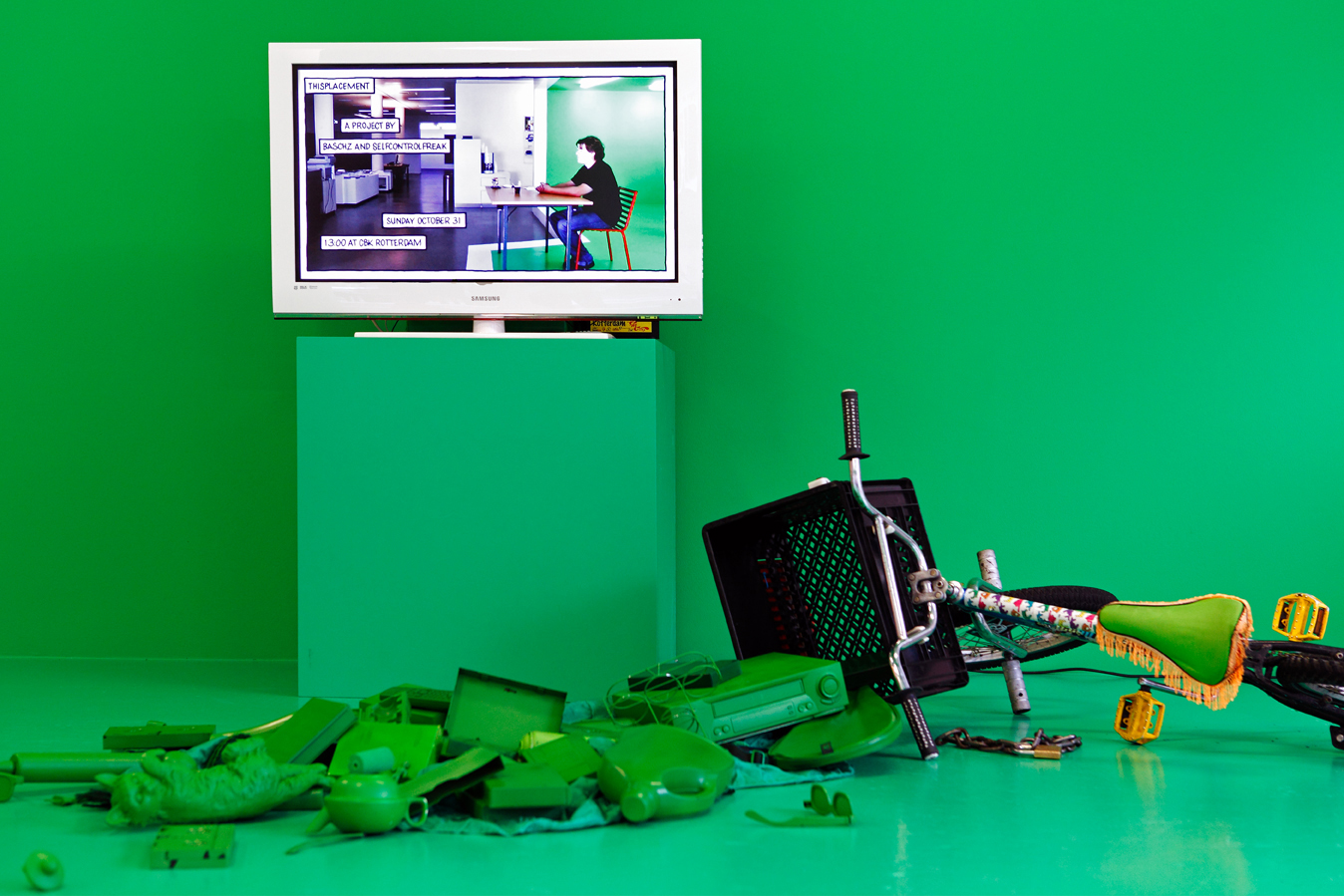 Thisplacement has been developed during 2010.

This project was made possible by CBK Rotterdam.