Every city is to some extent both a benefiter and prisoner of its own myth and cliché – and Berlin is a prime example of this phenomena. Berlin is known as a cosmopolitan, tolerant, open-minded, and exciting capital in which life is still affordable. At the same the city is characterized by it's rough attitude, edginess and even violent appearance.

With Um die Ecke Selfcontrolfreak translates the city's ambiguous struggle with it's own myth and image into a video projection mapping piece. We see the artist chasing and being chased by himself.
- curator Lukas Feireiss - 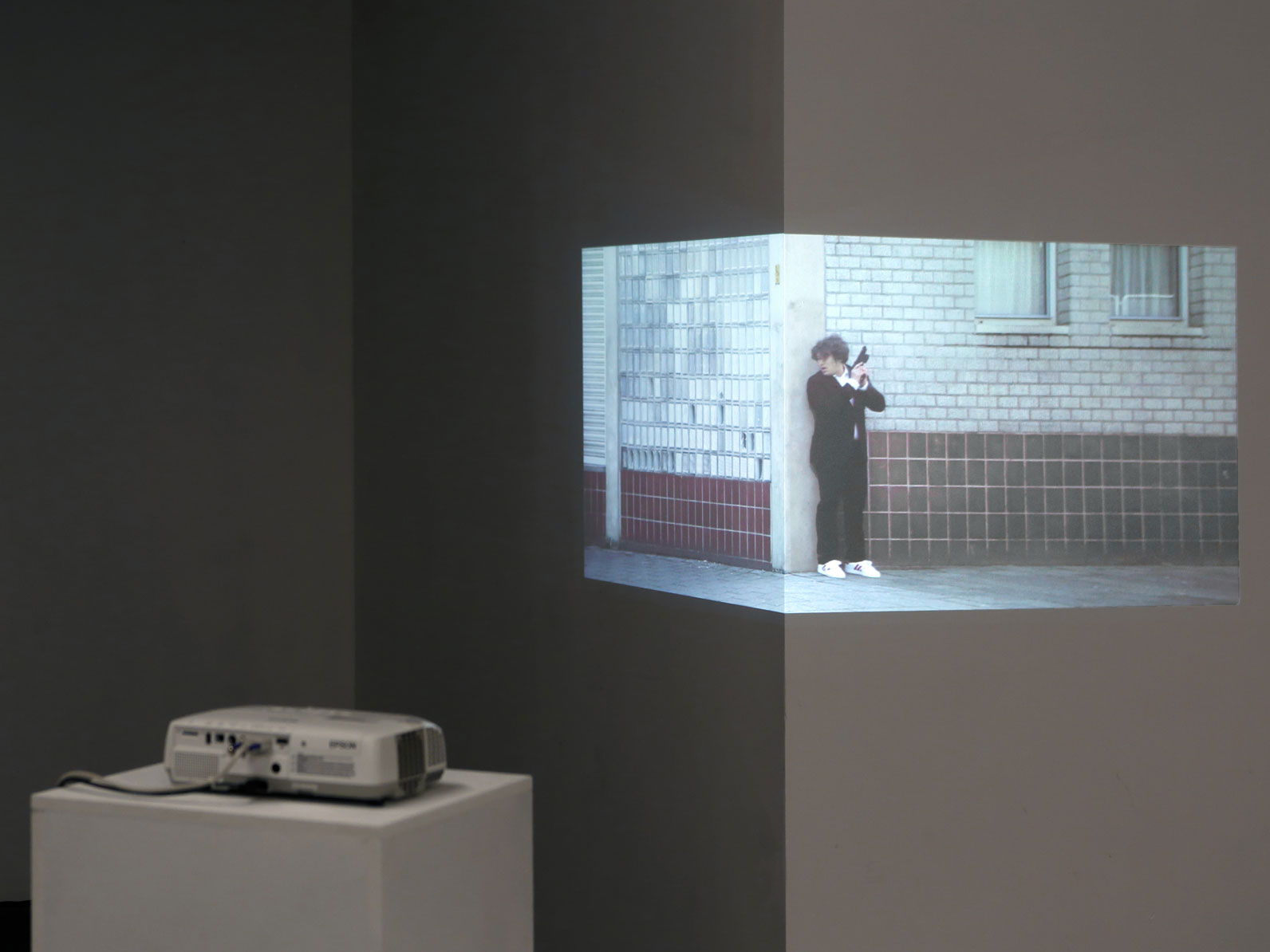 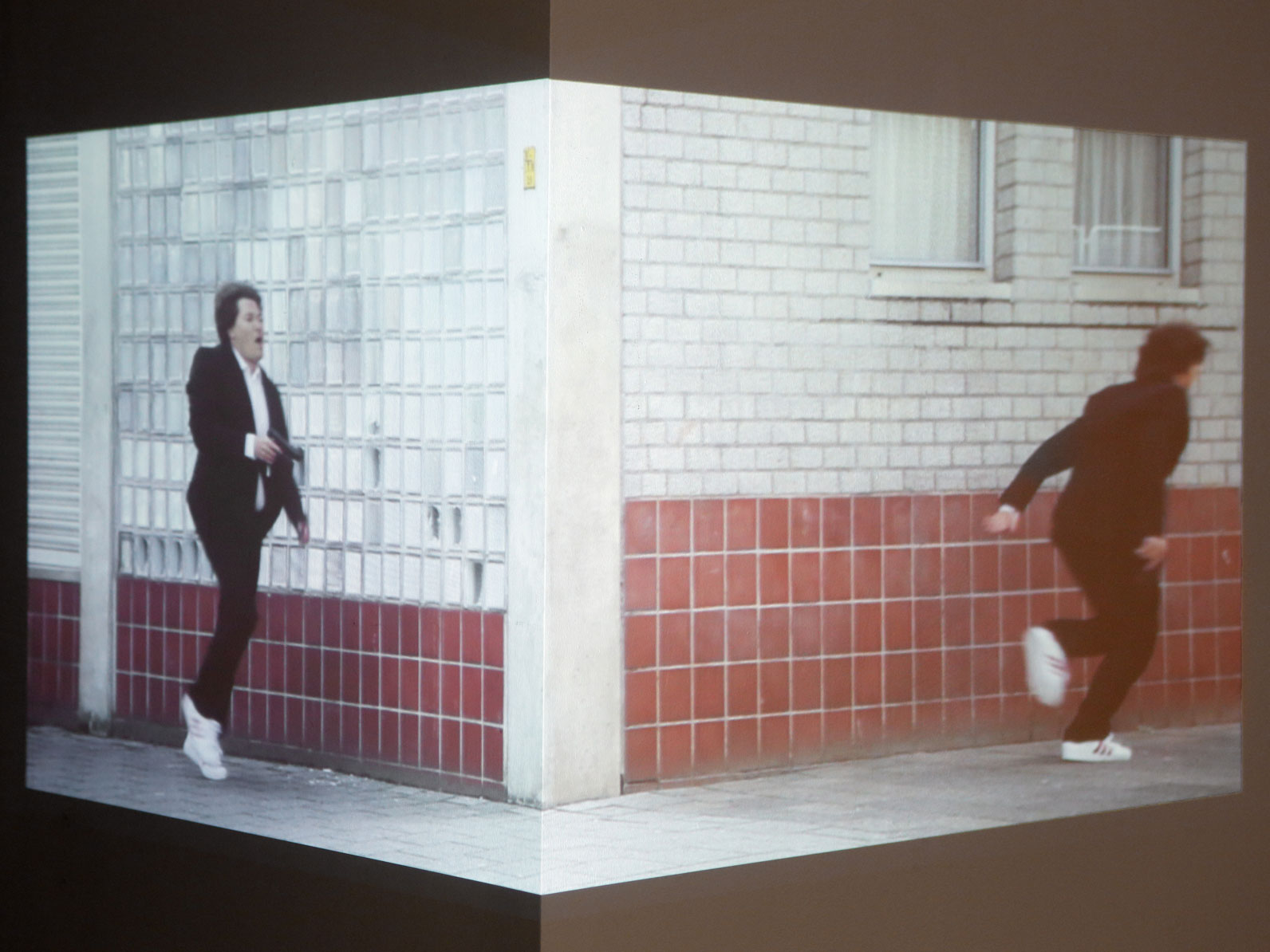 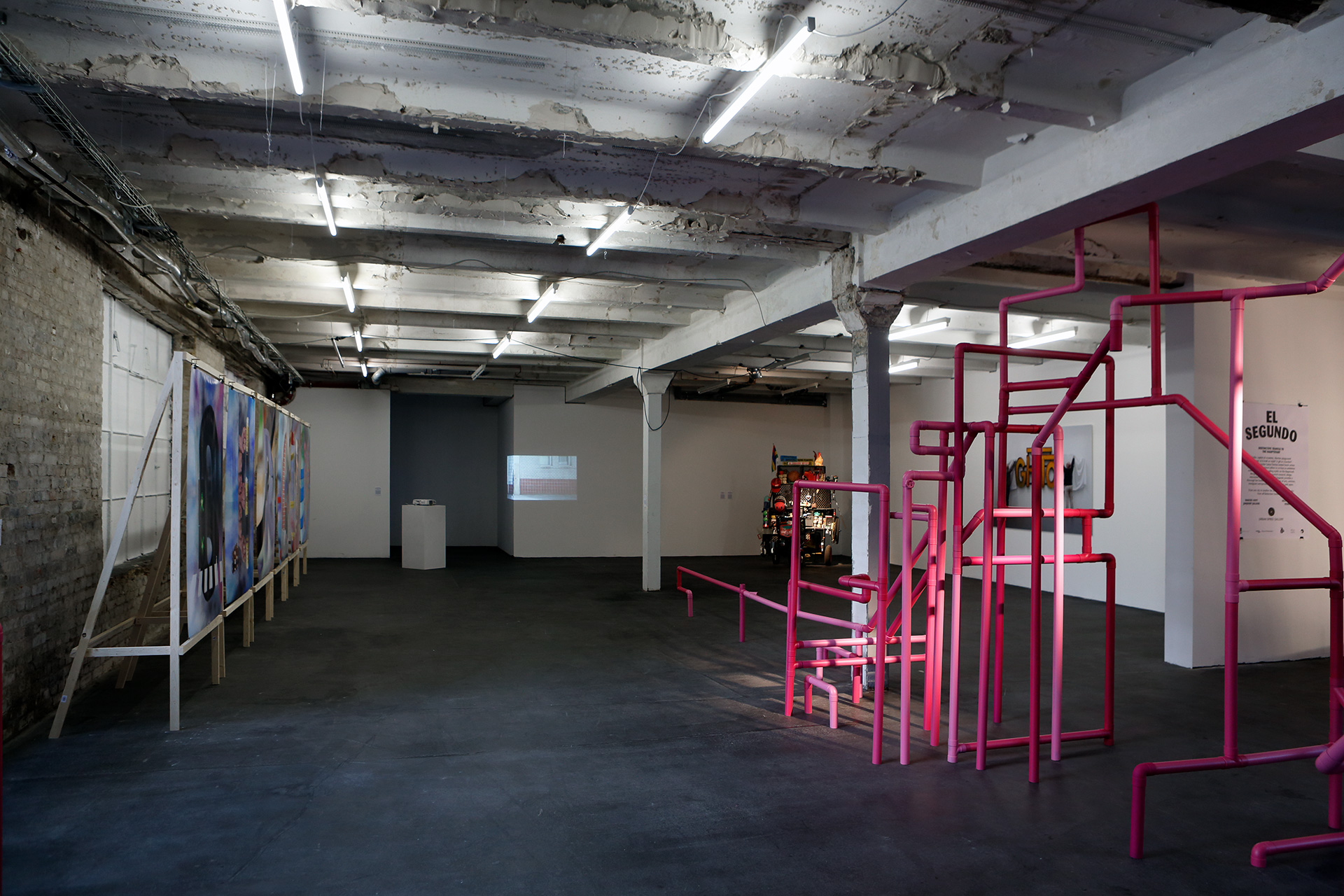 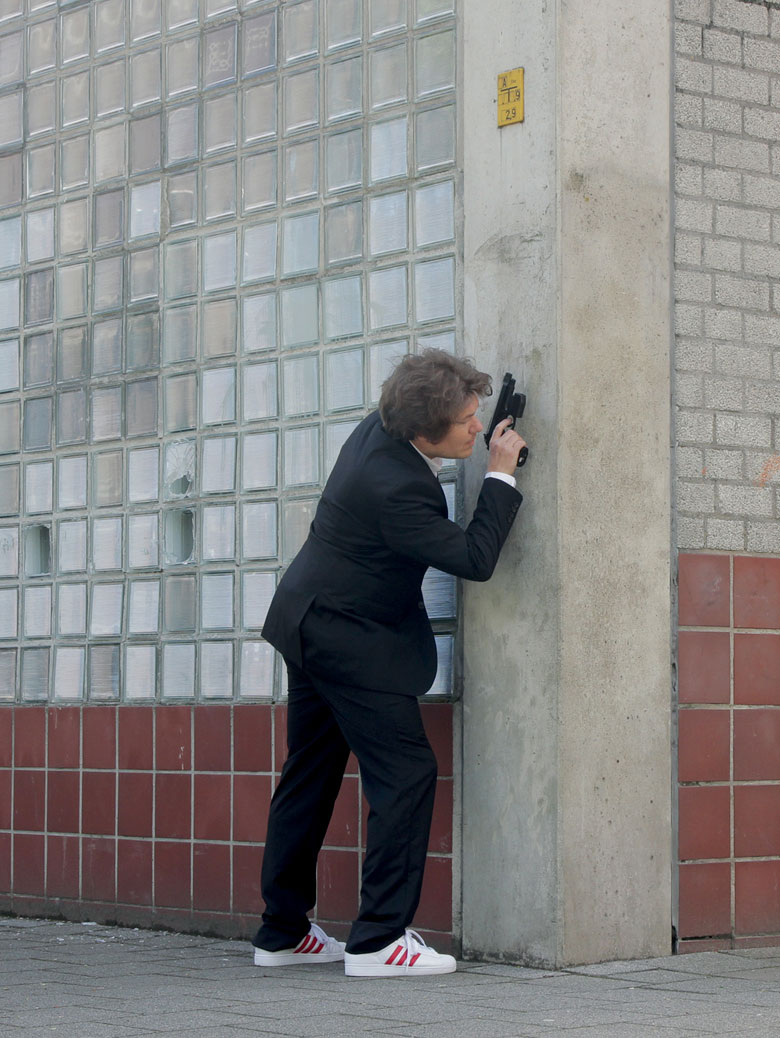 Berlin: capitol of creativity, libertine playground of Europe. Is it truth or myth? A gift or a burden? Berlin rooted curator Lukas Feireiss invited Dutch artists Baschz Leeft and Janjoost Jullens to co-host an exhibition examining the most prevailing myths on the Hauptstadt. Merging backgrounds in societal research, design, interaction and street culture El Segundo provides a thorough but humorous view on this city of arts, activism, immigrant entrepreneurs and omnipresent pink pipes.

Image report of the opening of the exhibition by Trendbeheer.