The Biggest Visual Power Show is an intellectual show that blends between a conference and a pop concert. Over twenty arists, filmers, philosophers, politicians and designers present visionairy statements, radical ideas and powerful imagery on the topic of Next Nature. 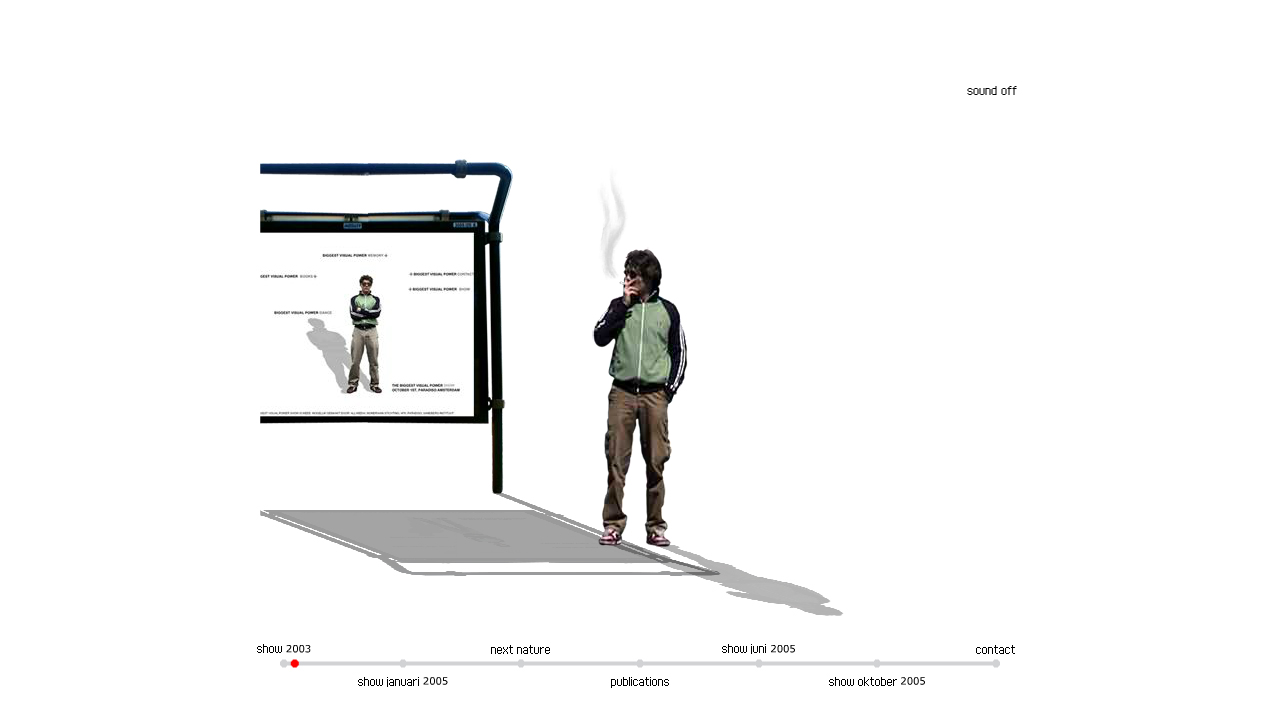 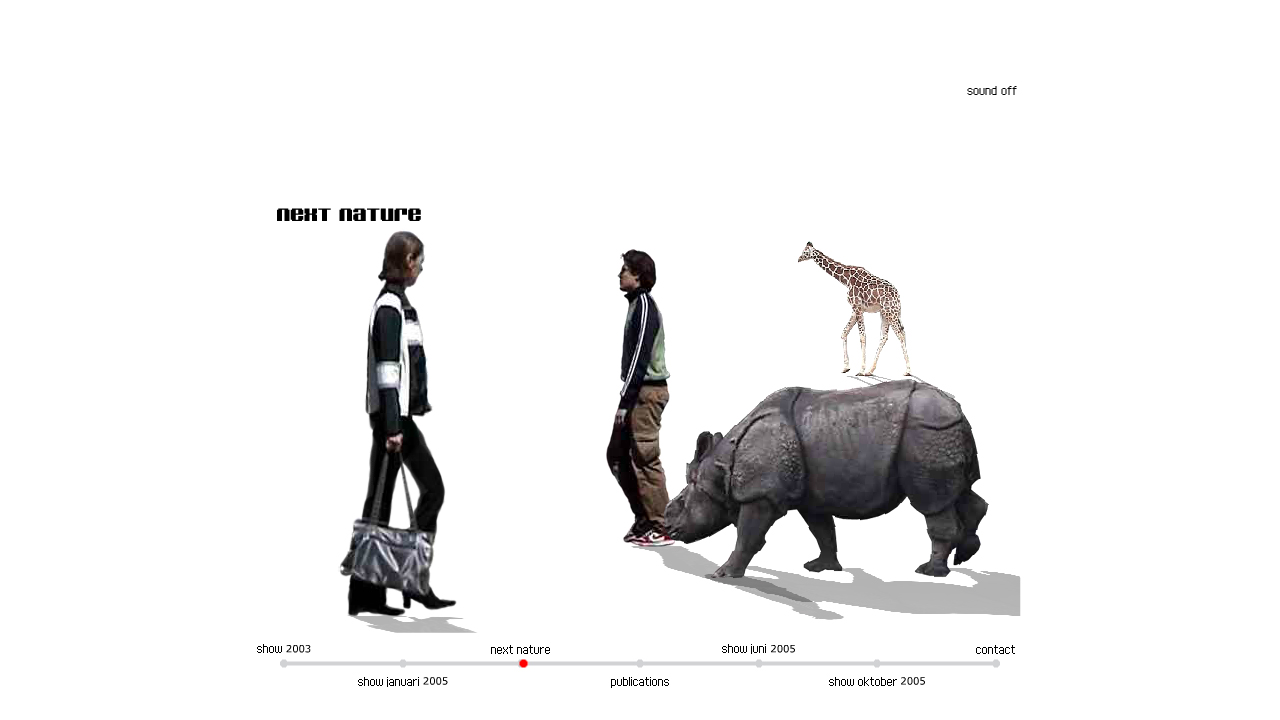 Before the name "Selfcontrolfreak" existed I was already experimenting with interactive video. During the graduation at the Sandberg Institute I developed the websites for "The Biggest Visual Power Show" in which I used myself as the interface. Later on, the interactive video series arose from this idea.