technoviking.berlin is the first release in the new series 'the Archive of Control', a growing collection of historical online and offline moments exploring the theme 'control'.

By measuring the physical movements of the audience in the space using Kinect technology, the person in the projection starts to interact. The videos used in the installation make use of different cinematic techniques (full shot, medium shot and close-up. These are linked to the distance between the audience and the projection.

Entering the installation will trigger a random emotion. Moving forward and backward changes the intensity, whereas moving left and right shows different varieties of this emotion.

The interactive video installation ‘the Act of Notion’ is developed during the exhibition ‘Welkom thuis’ in Villa Zebra.
December 12, 2015 – November 20, 2016

This project made possible with the support of

Synopsis
Selfcontrolfreak’s daily life is structured according to a regulated system of operations as he continues to wait, caught between love and abandonment. His sense of security starts to diminish as outside interference increasingly takes over.

The viewer plays an active role, and is responsible for the development of the story.

Every city is to some extent both a benefiter and prisoner of its own myth and cliché – and Berlin is a prime example of this phenomena. Berlin is known as a cosmopolitan, tolerant, open-minded, and exciting capital in which life is still affordable. At the same the city is characterized by it's rough attitude, edginess and even violent appearance. With Um die Ecke Selfcontrolfreak translates the city's ambiguous struggle with it's own myth and image into a video projection mapping piece. We see the artist chasing and being chased by himself. - curator Lukas Feireiss - 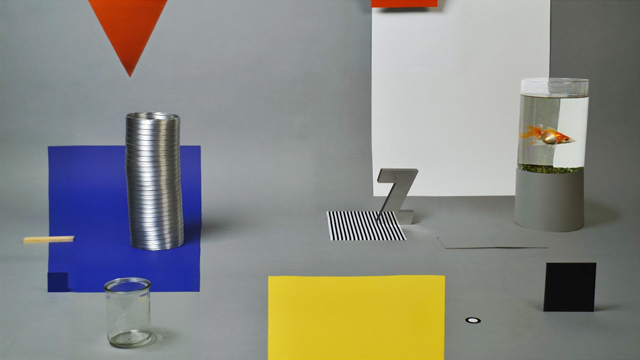 An interactive play-motion in cooperation with StudioSpass.
We experimented in which way stop-motion objects
react and interact. 'Objects' was shown during
BYOB (Bring Your Own Beamer) Utrecht and Rotterdam.

3D printed model of Selfcontrolfreak, created by series of photos.
view the 3D model in sketchfab

Masterpiece 2.0 is a social media art project by Baschz and Selfcontrolfreak. It is the first ever unique painting made with a Web 2.0 approach. In the summer and fall of 2009 a multilayered canvas and stop-motion animation was created which could be influenced and followed by website visitors online 24 hours a day. 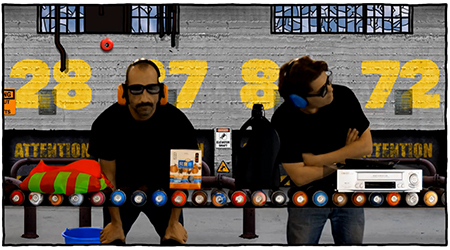 A crowdsourcing project in cooperation with Baschz.
During Image Festival 2010 October 23 and 24, everybody was invited at CBK Rotterdam, to donate a personal object which were used in the work. Within seven days we realized the video. The final result was presented on October 31, 2010
in CBK Rotterdam.

2014 has officially been declared the year of the selfie.
According to Twitter's top trends of 2014.